We Are Someone Else Being Not Injured 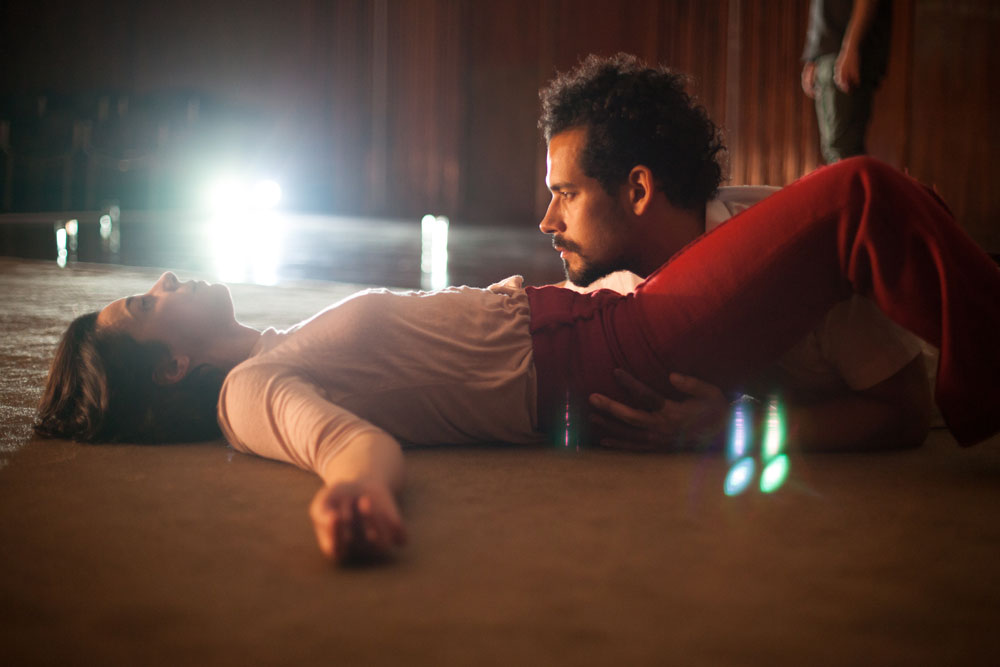 We Are Someone Else Being Not Injured frames the concerns of the middle class on the borders of an important election. First time brought to Brazil, the text of Toshiki Okada shows a couple who is about to move to a recently built skyscraper apartment. A husband, a wife, a female friend, an unknown man and another one who is wounded. Characters that bring up questions such as the imperative of happiness, the fear of the unknown, the precariousness of social relations and the anxiety about the future. The story is quite simple, but more important than the plot is the way that it is crossed by thoughts and doubts about the models of life usually imposed to us. The actions, in the play directed by Carolina Mendonça, are more described than realized. The show proposes an experience of immersion in an environment in which the public and the artists are close together, questioning who are we and who are the others.

The creative team of We Are Someone Else Being Not Injured come from an old partnership. Sound designer Miguel Caldas has been in collaboration with Carolina Mendonça since 2011, and visual artist Theo Craveiro has also participated in the director’s previous work Tragédia, uma tragédia (2004). The actors Rodrigo Andreolli and Rodrigo Bolzan (winner of the 2012 Shell Award), have been collaborating with Cia. Brasileira (Brazilian Company) for some years. Fernanda Raquel, researcher of Japanese performing arts since 2006, and Lúcia Bronstein, who has already done outstanding work in film and television are now joining them on this show.

“The difficulty of reaching the other, translates into an informal, interrupted and repetitive speech, permeated by silences, and by actors who barely interact. The text and body language research is remarkable in the work of Okada and it is also present in the first assembly of one of his works in Brazil “.
Mariana Delfini – Folha de São Paulo – Ilustrada – 08/25/2017

“It sounds at least ironic, and certainly alienated, the constant claim of happiness in such an inhospitable existence. The assembly successfully materializes this deadlock through the strangeness that it creates”.
Mariana Delfini – Folha de São Paulo – Ilustrada- 08/25/2017