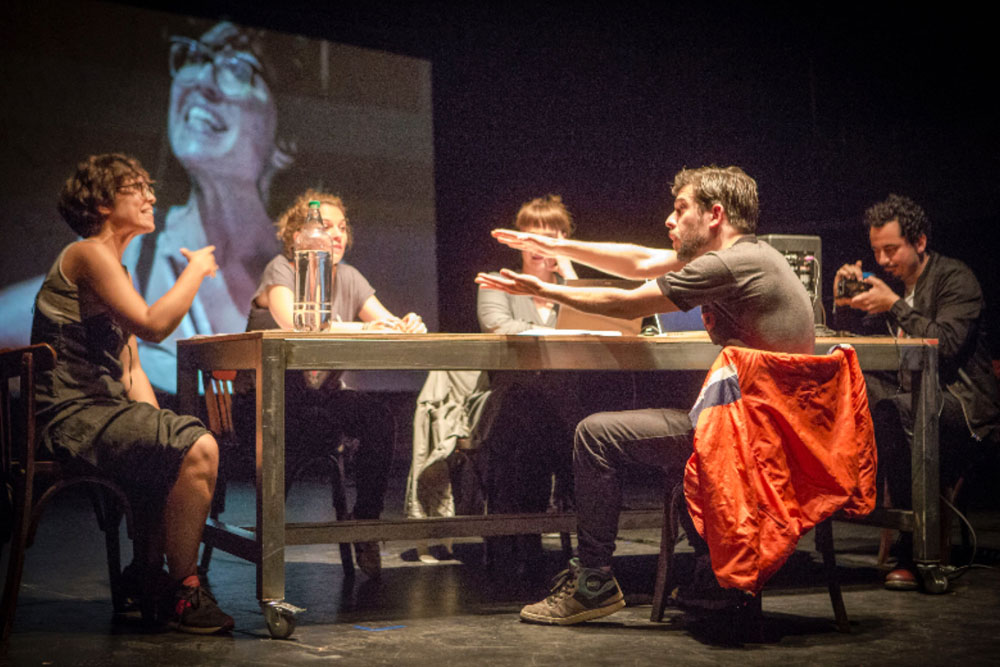 Check out the text by Sara Rojo (UFMG) (only in Portuguese)

Directors and playwrights Florencia Lindner (Uruguay), Jorge Eiro (Argentina), Lucía Miranda (Spain), Mäelle Poésy (France) and Pedro Granato (Brazil) met in an artistic residency at the Directors LAB of the Lincoln Center in New York, in 2014. The show was born in this first exchange, and lasted until the present day. Considered as self-documental, the work uses the technological devices employed during its construction – e-mails and Skype meetings made between three artistic residences – and deals with subjects such as politics, history, art, heritage and personal memories , by the gaze of a generation of artists between the age 30 and 35. The creators explore the idea of testimony, memory, record and their materializations and evolutions in the digital world.

The first encounter that would result in the show Clandestine Country was in New York: none of the artists involved in this process were born there or had English as their native language. It was a neutral ground, but loaded with identity. The experience of exchanges in the American metropolis, and the diversity of viewpoints and realities experienced by each of them in their countries, led the five directors and playwrights to continue the exchange and conversations that gave rise to the production.