The Immured Lady from Nova Street 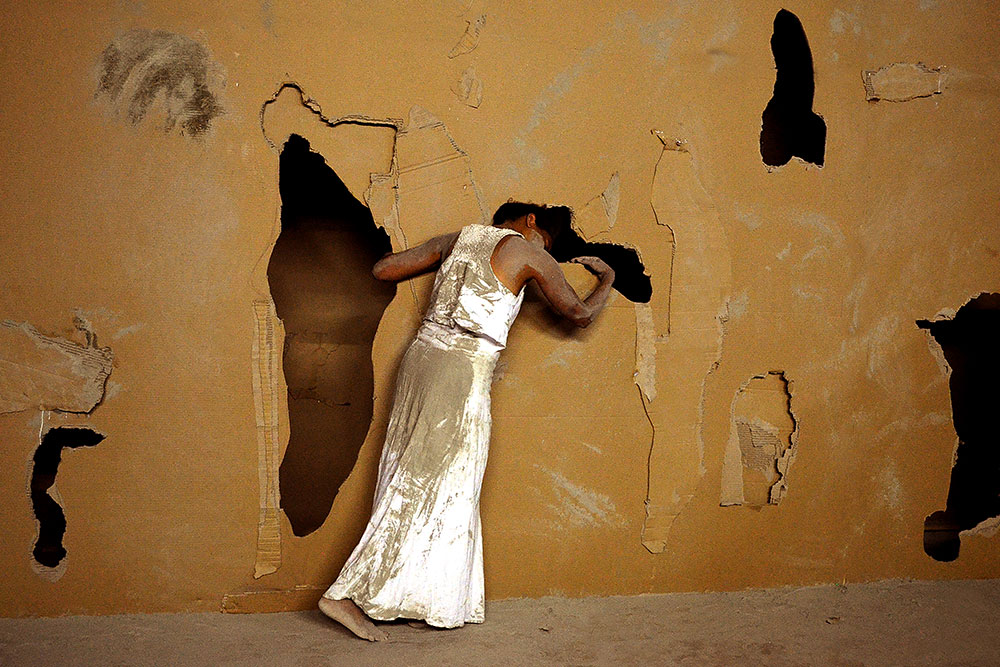 Based on the novel by Carneiro Vilela (1846-1913), Brazilian writer from the state of Pernambuco, The Immured Lady from New Street is a solo dance performed and choreographed by Eliana de Santana. The book tells the story of a young woman who is immured, alive, in her own room, at the behest of her father, who intents to preserve her honor and cover up family shame. The book’s atmosphere of mystery inspires Eliana de Santana. There is a body and a wall, a walled body. The audience receives a glass of water when entering the space and is invited to “drink the dead”. The immured character dances. A song talks about love. Silence. The character still dances. Another voice sings about love. The candles go off and it is the end.

Although the novel intensely portrays the late nineteenth-century tradition, it was the macabre outcome, and the gossip about an immured woman, that lead to the creation of an urban legend — the revenant of the immured woman still walks around the city of Recife. Even today, people talk about the presence of the dead woman, and strange noises and groans are heard close to Nova Street. These stories, told from generation to generation, inspired this solo, which deals with violence, memories, wraiths, specters and ghosts. A body and stage research about the feminine condition and the themes of death, love and the supernatural.

“By achieving and suggesting countless procedures that diverge from usual practice, the performer holds a powerful homage to the tradition (…) of Butoh. In a second moment, everything is in her face and in the space that surrounds her skull. It is possible to say that this sorceress has an astonishing pact with the atmosphere of the room”.
(Marcio Tito, Revista Antro Positivo – Critic)