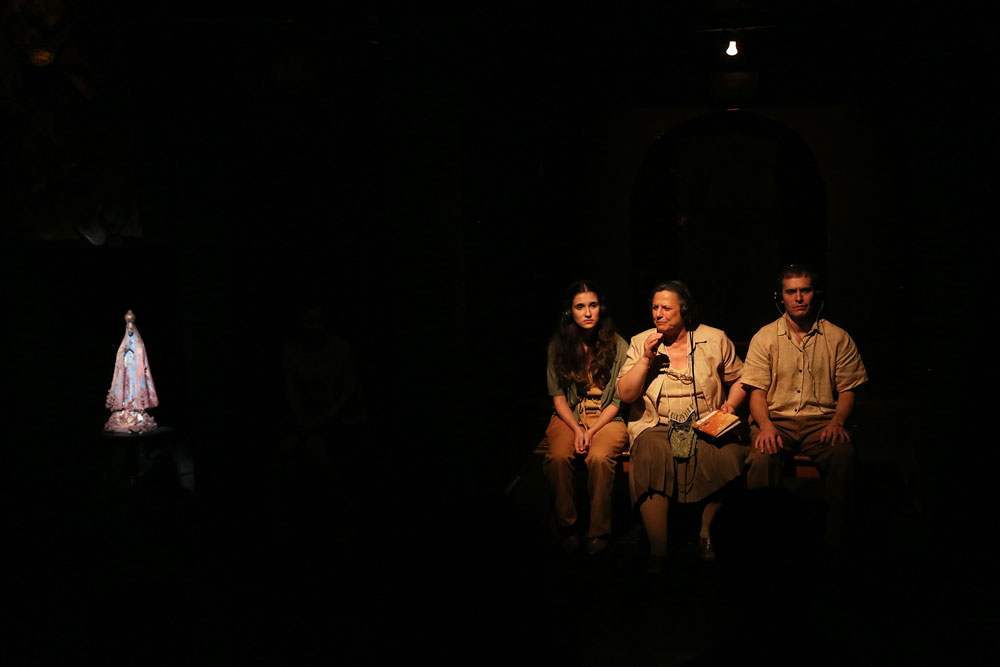 It was almost 3:30 pm, on November 5, 2015, a hot day as usual in the Doce River Valley, when, in Mariana (MG), the Fundão’s tailings dam failed, and about 55 billion liters of thick mud sluiced down onto the districts of Bento Rodrigues and Paracatu de Baixo. Hotel Mariana brings to stage disturbing and breathtaking testimonies that highlight the humbleness of those who lost everything, or almost everything, during the biggest environmental disaster in Brazil.

Hotel Mariana was created based on the reports, collected a week after the disaster, of Mariana’s tragedy survivors. Directed by Herbert Bianchi, also responsible for the dramaturgy, in collaboration with Munir Pedrosa, who masterminded the project, Hotel Mariana explores the verbatim technique — the performers on the stage use headphones and instantaneously reproduce the real reports they are listening to. Supported by PROAC, the play premiered in May 2017 at Os Satyros (SP) and, in January 2018, it ran at Sesc Vila Mariana (SP). The show was nominated to the Shell Award (2017) for best dramaturgy.

When life overlaps fiction, nothing can be more coherent than bringing realist pungency to the foreground, in what is also called the” Real Theater “…
João Luiz Vieira – Journalist and playwright – Bravo Magazine! – 07/19/2017