Representation, document and authenticity are discussed by Boris Nikitin 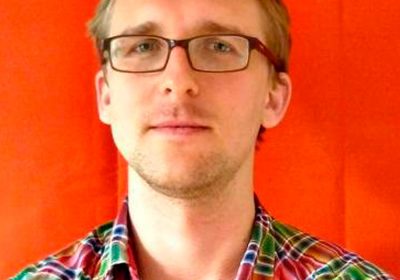 To be or not to be: a rebellious self-portrait – Boris Nikitin (Switzerland)

In harmony with his ten-year research, the Swiss artist Boris Nikitin intends to work with concepts of representation, document and authenticity, in this two-day activity. For Nikitin, reality and identity are potentially fictional ideas, which challenges the documentary genre – life as it is, the real thing – is defined by him as a well-finished form of illusion. On the first day of the activity, Nikitin will present his reflections on fake, double and fraud, and will talk about how he elaborated such themes in F for Fake, How to Win Friends & Influence People, Imitation of Life, Do not Be Yourself and Martin Luther Propagandapiece. The artist will give a task to the participants: how to deal with their biography publicly? What to reveal, what to emphasize, what not to show? On the second day, it will be the participants’ turn to respond to Nikitin’s provocation and present a “rebellious performative self-portrait”, that is, a biographical microperformance of up to two minutes. Boris Nikitin’s talk at the Ongoing Thought activity, held at Itaú Cultural, is part of the workshop’s first stage. The presence of all those selected is mandatory. After the talk, the group will continue the activity at the CCSP.

When and where: March 7th, Wednesday, from 10am to 11am (Ongoing Thought at Itaú Cultural) and from 12am to 3pm, and March 8th, Thursday, from 11am to 3pm, at Centro Cultural São Paulo
Participants: 15 artists and interested public in general + one audit-researcher
Target group: actresses and actors, dancers, directors, performers, art therapists, students, teachers, writers and interested public in general
Curator of Pedagogical Activities: Maria Fernanda Vomero