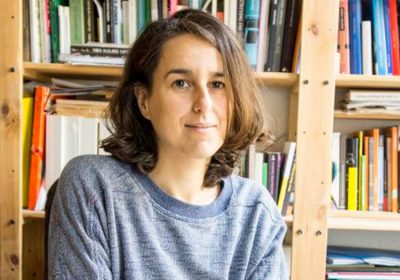 The Spanish researcher Victoria Pérez Royo proposes a collaborative work based on “dissent”, inspired by the work and translation concept of the poet Leopoldo María Panedo. She does not intend to foster a community in which we all look and row in the same direction, but rather a space in which individual works gain meaning through dialogues that point (and contribute) to contrasts and differences. It is therefore a proposal of being together in which we abandon personal interests to achieve a common goal. Participants are invited to share unfinished art projects and materials and let these same materials be contaminated by an immanent and direct dialogue between the different poetics and methods of the participants. The work mechanisms are based on notions such as translation, misrepresentation, reuse, appropriation, etc. The lab is open to all who find themselves working on a text, a thesis, a performance, a composition, etc. and want to publicly share their productions. Two readings are mandatory for the participants:  El lenguaje de las cosas (download here), by Hito Steyerl, e Theory of the Quasi-Object (download here ), by Michel Serres.