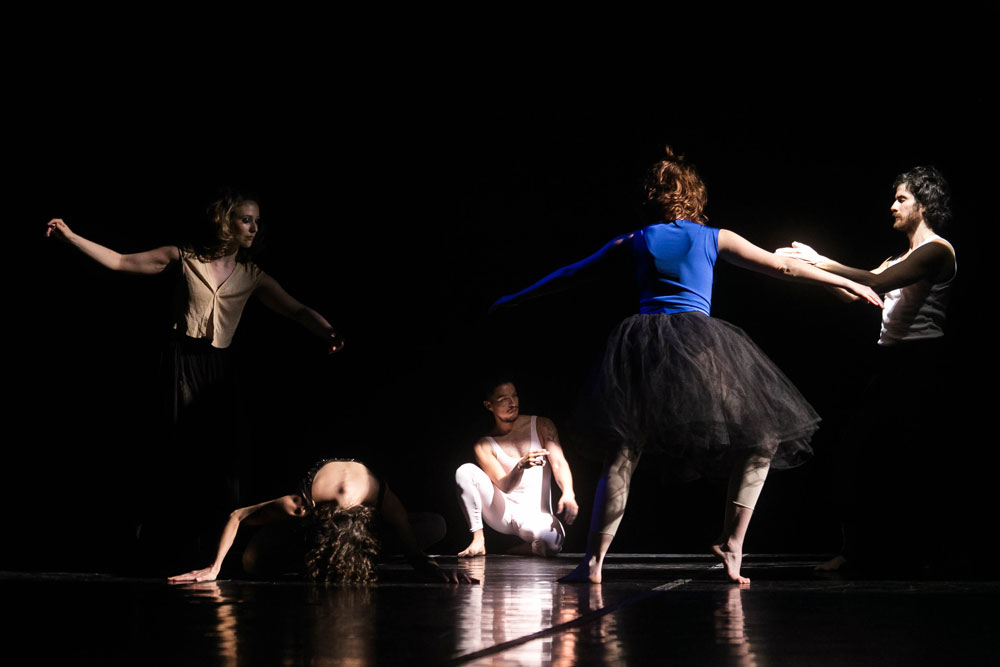 In the field of improvisation, the transience and ephemerality of the actions gain importance. At all times, the connections between different artistic practices can take different forms. The Núcleo de Improvisação / Zélia Monteiro proposes an open script on stage. The dance is composed through a theatrical game between music, light, space, costumes and audience, and the dancers´ body coordination is explored to develop potential dialogues with lighting and music.

Zélia Monteiro studied classical dance. She was an assistant to Maria Meló and a student of Enrico Cecchetti at Scala Theater, in Milan. She worked for eight years with Klauss Vianna, of whom she was also assistant and part of his research and creation group. After Vianna’s death, Monteiro moved to Paris, where she worked with Mme. Marie Madelaine Béziers (motor coordination), Mathilde Monnier, Peter Goss and Daria Faïn (contemporary dance) and Yvonne Berge (improvisation games for children). She won APCA in 1987, 1992, 1998 and 2010. She gives regular ballet classes at Sala Crisantempo and is a lecturer in the course of Body Arts Communication, at PUC-SP. Since 2003, she is the director of Núcleo de Improvisação.