The International Debate Cycle invites a discussion over the poetic and political elaboration of the image of “blackness”: its historical social developments and their effects on the construction of the “black persona”, under the artistic languages. After 12 years of affirmative action policies related to the “afro-descendant” population, the Brazilian society raises questions about the limits of black representativeness in the arts and what determines it. We cannot ignore the fact that slavery in Brazil is structural and structuring. How can one create knowledge that takes into account black people’s experiences in its full complexity? How to deal with the legacy of Colonial racism? And, especially in urgent times, how can art create a dialogue space for things that need to be said?

The guests are important activists and thinkers from Brazil and abroad. It is an attempt to overcome the official borders of knowledge and, therefore, to see new perspectives emerge, that can transform the historical complexity of black people’s condition in the world to imagine another world.

Poetic-Political Performance: In Self-Defense, directed by Eugênio Lima, at 22h.

Historical speeches and personal testimonies are spoken and intertwined with songs and poems that refer to the diaspora of blacks and its historical developments. Self-representation. Four microphones. Actors and actresses all in black. Resisting to the mainstream narrative. Seeking to give voice to their own history.

Poetical-political performance: In Self Defense

This performance was thought as a continuity  to the show REVOLTING MUSIC – A BRIEF SURVEY OF THE MUSIC THAT LIBERATED SOUTH AFRICA; entry subject to seat availability after the show.

Synopsis: Performance in which historical speeches will be uttered intertwined with personal testimonies, songs and poetry, referring to the black diaspora and its historical unfoldings. An action to resist the hegemonic narrative. In search of giving voice to history itself. 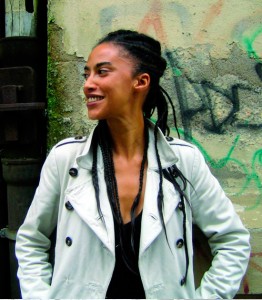 Credits: Creation – Grada Kilomba
*The performance will be held in English.

Synopsis: In this lecture performance Grada Kilomba explores forms of Decolonizing Knowledge using printed work, writing exercises, performative narrative, and visual art, as forms of alternative knowledge production. Kilomba raises questions concerning the concepts of knowledge, race and gender: “What is acknowledged as knowledge? Whose knowledge is this? Who is acknowledged to produce knowledge?” This project exposes not only the violence of classic knowledge production, but also how this violence is performed in academic, cultural and artistic spaces, which determine both who can speak and what we can speak about.

To touch this colonial wound, she creates a hybrid space where the boundaries between the academic and the artistic languages, transforming the configurations of knowledge and power. Using a collage of her literary and visual work, Grada Kilomba initiates a dialogue of multiple narratives who speak, interrupt, and appropriate the ‘normal’ and continuous coloniality in which we reside.

Bio: Grada Kilomba is a portuguese writer, theorist, and interdisciplinary artist. Her work draws on gender, race, trauma and memory, and has been translated into several languages and published in international anthologies, magazines, and journals as well as staged internationally. Her work is best known for using a variety of formats, from print publications to staged readings and performance, combining both academic and lyrical narrative creating a new literary style.

In 2011, she was awarded as one of the “Most Inspiring Black Women in Europe” by BWIE, due to her writings and performative readings. She is the co-editor of “Mythen, Masken and Subjekte” (2005), an anthology on Critical Whiteness; and the author of “Plantation Memories”, a compilation of episodes of everyday racism written in the form of short psychoanalytical stories, first released at the International Literature Festival (2008), at the Haus der Berliner Festspiele and adapted into a staged reading at the Ballhaus Naunynstrasse, Berlin (2013).

Kilomba has been lecturing at several international universities and last was a Guest Professor for Gender Studies at the Humboldt University, Berlin. Currently she is a Writer/ Artist in Residence in Berlin where she is developing a series of projects on “Decolonizing Knowledge – Performing Knowledge” (2015 -2017), using writing, performative narrative, and visual art, as forms of alternative knowledge production. 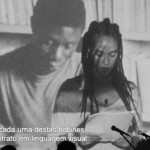 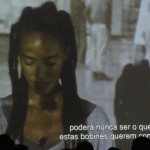 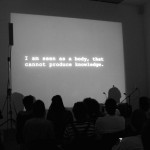 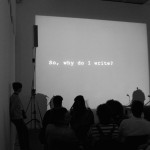