The 2nd MITsp – International Theater Festival of São Paulo features twelve shows from Russia, Germany, Switzerland, Ukraine, the Netherlands, Italy, Israel, Colombia and Brazil, between March 6th and 15th of 2015, in several venues of São Paulo. Issues relating to conflict areas involving Russia and Ukraine, Israel and Palestine, are approached in the Festival’s program, considering the tensions of human relations and the ways in which the dialogue between these people can occur inside the arts and be translated into contemporary performances. To address the issue are Dmitry Krymov, Yuri Butusov, Andriy Zholdak and Arkadi Zaides, International theater and dance artists of major significance.

A novelty of this edition is the first international co-production, with the Netherlands, for the world premiere of the show Song From Far Away (Canção de muito Longe) in São Paulo. Directed by Ivo van Hove, with the Toneelgroep Amsterdam, they perform artistic exchange with Brazilians. The playwright, written by the British Simon Stephens, goes over a young banker in mourning for his younger brother. The soundtrack was specially composed by the American singer and songwriter Mark Eitzel.

Russia is represented by two works: Opus 7, written and directed by Dmitry Krymov, and The Seagull, a classic of Anton Chekhov directed by Yuri Butusov. Ukraine brings Woyzeck by director Andriy Zholdak, UNESCO 2004 Award winner in the Performing Arts category. The show Stifters Dinge, from Switzerland, is inspired by the work of Adalbert Stifter and directed by the German Heiner Goebbels, one of the most radical directors nowadays. From the Italian theater comes Emma Dante, who has written and directed The Macaluso Sisters. And the Israeli contemporary dance is represented by Archive, of Arkadi Zaides.

Three directors investigate the frictions between theater and cinema: the English Katie Mitchell with Leo Warner direct Miss Julie, freely inspired by the work of August Strindberg; and Christiane Jatahy turns the same text into Julia, with the Vértice Company. The Brazilian director Jatahy presents also the stage and the cinema versions of What If They Went To Moscow? (E Se Elas Fossem Para Moscou?), inspired by Three Sisters, of Chekhov. The Colombian company La Maldita Vanidad presents two shows as well, Killing Time, First Inevitable Act: To Be Born and Dying of Love, Second Inevitable Act: To Die.

The strong educational character of the festival remains with the renewal of the axis Critic Views and Educational Meetings, intended to boost the encounter between the viewer and the creative work and encourage deep thought about the artwork.

The 2nd MITsp is presented by Itaú Unibanco; it’s sponsored by Sabesp, Cesp and Oi; and co-produced by Sesc São Paulo, State Secretary of Culture, São Paulo Municipal Department of Culture and the International Theater Center Ecum – CIT Ecum. The event is made in partnership with Itaú Cultural and Oi Futuro; it has the funding of Federal and State Laws for Cultural Incentive and the National Culture Fund. 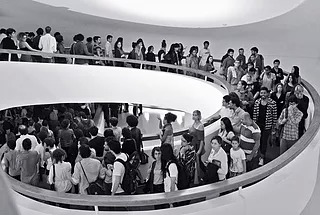 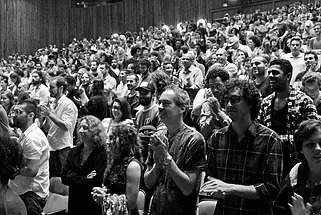 The idea of holding an international Festival in São Paulo emerged from the meeting of Antonio Araujo, director of Teatro da Vertigem, and Guilherme Marques, CEO of CIT-Ecum – International Theater Center Ecum. Together they conceived and executed, in 2014, an event that offered significant international shows to the city, focusing on experimentation and investigation.