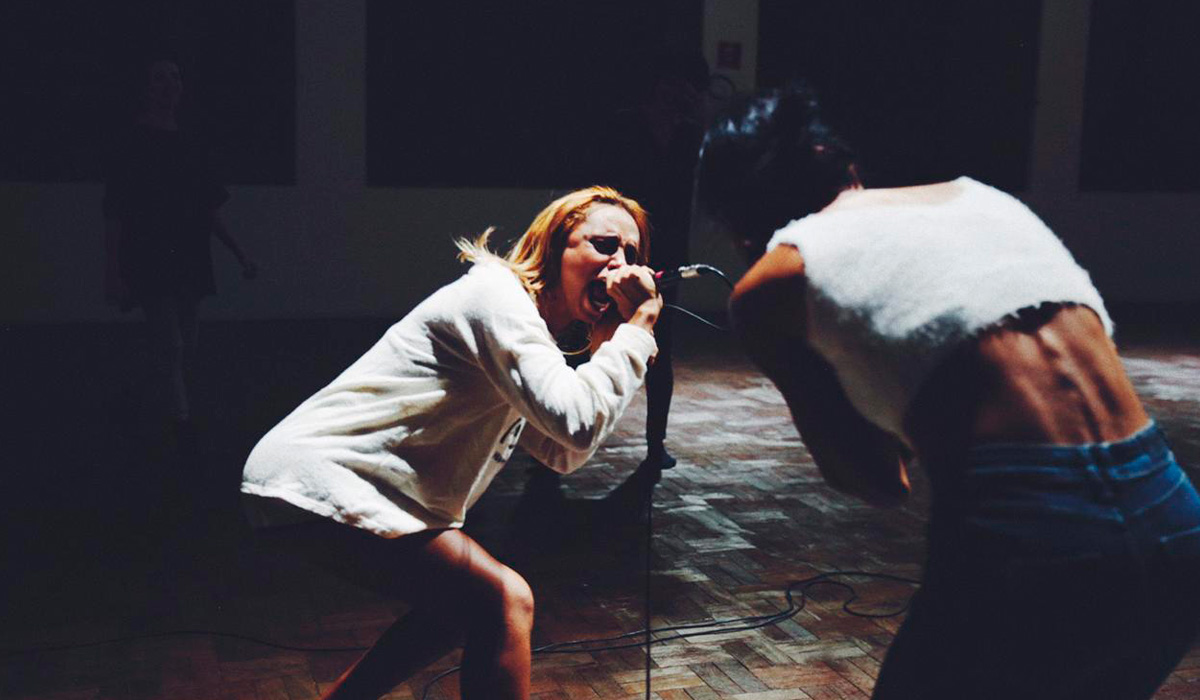 MEXA is an artistic collective that works with marginal people. In Terminal Songbook, the group starts examining photographs and videos produced about themselves. The performers relate to the recorded images and ask themselves which of them would like to tell the story of their present. The group has been acting since 2015 and, over that time, some members disappeared, others reappeared, there were those who tried to kill themselves, those who transitioned, who had a daughter, who were arrested or hospitalized, changed country, profession, name. Together, these small stories tell the group’s always procedural narrative, which works from their own experiences to be transformed onstage. With each performance, MEXA re-enacts and edits a new film in real time, through translation and dubbing exercises. In doing so, artists reflect on what it means to be an image, what remains when everything else disappears and how, being a collective body, to walk together.

MEXA was created in 2015 after episodes of violence in some reception centres in São Paulo. The group carries out actions that move between art and politics, assuming places of speech and failure of concepts that seek to frame bodies and aesthetics. It is made up of people in vulnerability situation, homelessness and members of the LGBTT community who, based on drifts, performances, writings and protests, create borderline works that do not fit into precise categories. The collective has already performed in venues such as Esponja, Casa do Povo, Pinacoteca and Jaqueline Martins gallery, it has also participated in exhibitions such as VERBO, held by Galeria Vermelho, and the 11th Bienal Sesc de Dança. In 2019, it was awarded the Prêmio Denilto Gomes de Dança in the views on black and gender aesthetics category.

This type of potential physical danger may be rare for me, as a white man, but it is an aspect of the performers’ daily lives of the MEXA Group, a collective formed in 2015 by predominantly black, trans and LGBT artists, theatre artists and activists. There was no victimization in the performance: instead, in neon light, they sang, moved and danced in solo and together.

The group brought a cry of anger: we all must see the world as it is! The bodies get up. The bodies have a voice. They have music. They have names: Tatiane Dell Campobello, Barbara Brito, Anne Dourado, Patricia Borges, Yasmin Bispo and Anita Silvia. They have wills. They are trans. They wear haute couture. They live on the streets, but they also frequent art galleries.

Group in residence at Casa do Povo