PERFORMING TALK WHAT I AM I WAS NOT BY MYSELF 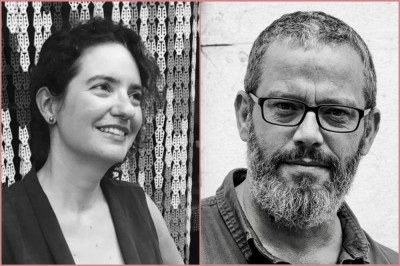 It is a chat between two people in a format resembling a talk show, occasionally interrupted by deviations blocking its progression and postponing its conclusion. These deviations (these shows), done and undone as the conversation (the talk) unfolds, generate new perception and relationship spaces with the event’s driving force, causing the viewer to “come and go” between the conversation meaning and performance direction.