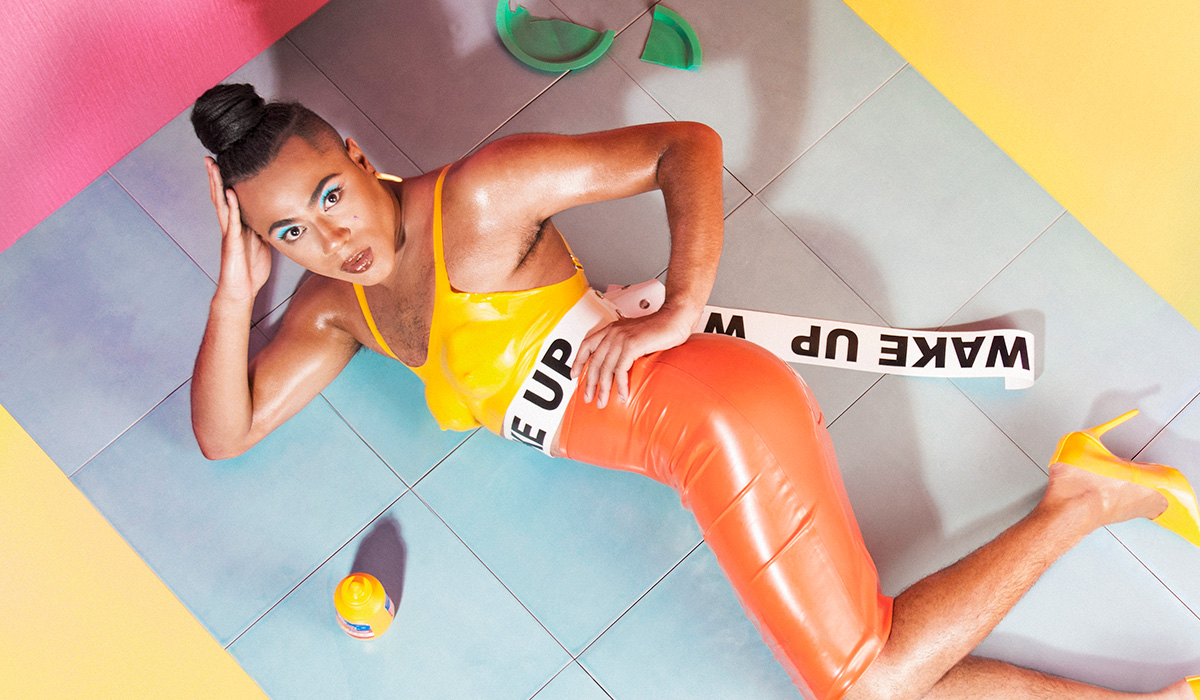 After someone threw a hamburger and shouted a transphobic offense to Travis Alabanza in broad daylight on London’s Waterloo Bridge, and none of the passers-by said anything, they*, who defines himself as a non-binary person, became obsessed with hamburgers: how they are made, their texture and smell and how they travel through the air. This interactive solo is the climax of hir compulsion. Alabanza, one of the prominent trans voices in the UK, uses the audience to explore in a sharp and amiable way how trans bodies survive and how, after recovering from an act of violence, they can achieve their own complicity.

* Non-binary pronoun “they” replace the personal pronouns “she” or “he”. These are terms that do not delimit gender, since non-binary people do not identify themselves as feminine or masculine.

Travis Alabanza performs, writes and directs films in London. As one of the UK’s most prominent trans artistic voices, over the past four years Alabanza has initiated much of the public talks about the intersections between blackness, gender, trans visibility and class. Their work crosses means and forms, including performances carried out in venues such as Tate, Victoria and Albert Museum, Southbank Centre, ICA, Lyric Hammersmith, Transmission Gallery and Royal Exchange Theatre, and presentations at festivals such as the Hamburg International Feminist Festival. The Guardian, Buzzfeed and Independent are some of the media that published their writings. Between 2017 and 2018, they starred in Chris Goode’s adaptation of Jubilee, released his first poetry book, Before I Step Outside (You Love Me) and was a resident artist at Tate Galleries. They recently performed in Ridiculous of Darkness (Gate Theatre) and I Wanted to Fuck up the System But None of My Friends Texted Back (Wellcome Collection / The Sick of the Fringe).

Although fragile, Alabanza is sassy and witty, feeding off the audience like a seasoned cabaret star and riding the unpredictability of the interactive format. They generate roars of laughter, but the angry and intelligent script is also underscored with the real pain of exclusion, of being boxed in, of being trapped in a world where sexual and racial violence is prevalent and, too often, tolerated.

One of the things the show does very smartly is to use the idea of theatre as a community to question how easily we become complicit in structures of oppression. We cannot succumb to bystander mentality – we must act, not just passively watch. As Alabanza puts it: “silence burns.”