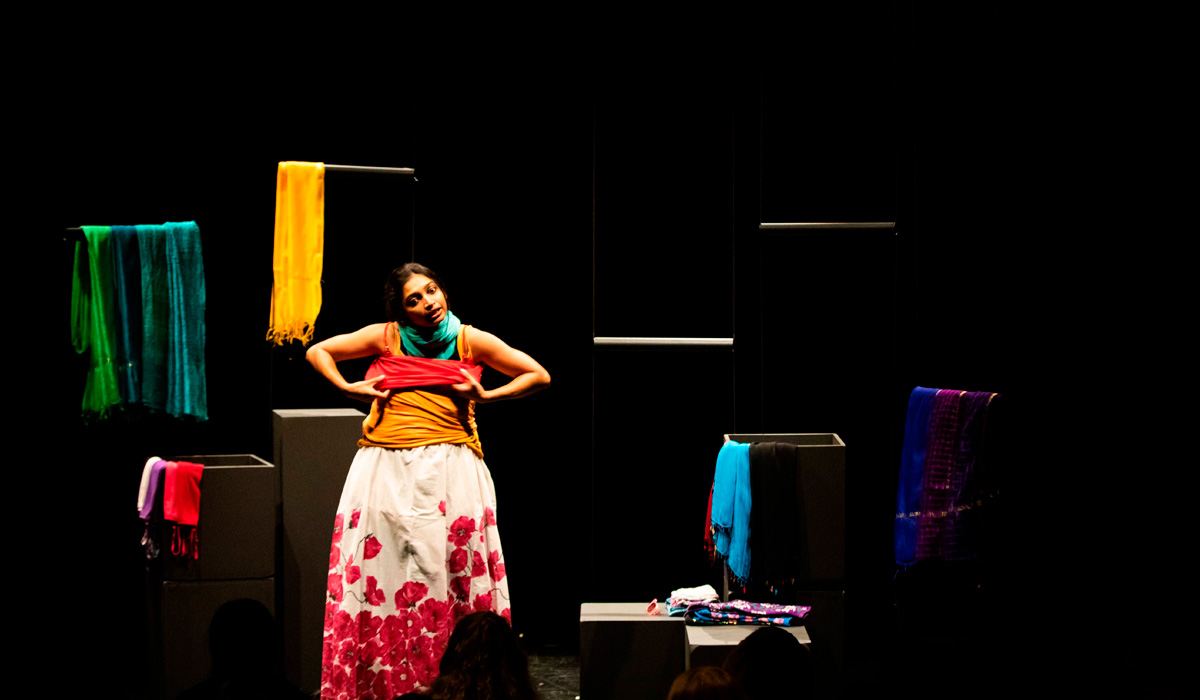 The solo of artist Mallika Taneja challenges the notion of safety that permeates the women’s lives in India. Being careful in relation to their behavior and attitudes is considered fundamental: it is something prescribed, absorbed and practiced with ordeal so that they survive without risks – as if they were responsible for avoiding the brutalities that affect them. Filled with anger at everyday violence against women, such as the photojournalist who was the victim of collective rape in Mumbai in 2013, the artist ironically and provocatively exposes a sexist culture that hides behind moral traditions and identifies the contradictions at the heart of India’s social progress. Using a bunch of clothes, Taneja presents a satirical piece confronting the disparity between the way women dress and the horrors practiced against them.

Mallika Taneja is a theatre artist from New Delhi, India, whose work deals with issues of the city’s gender experiences, mental health and sexuality. She is part of collectives such as Women Walk at Midnight, Women for Theatre and Sex Chat Roo. The play Be Careful toured Europe and was performed in places like Australia, Japan, Sri Lanka and England.

The piece is her political choice — her protest, question and answer. And it is risky. So risky that performance in India is still confined to small communities and festivals.