WHERE THE PIGS GO 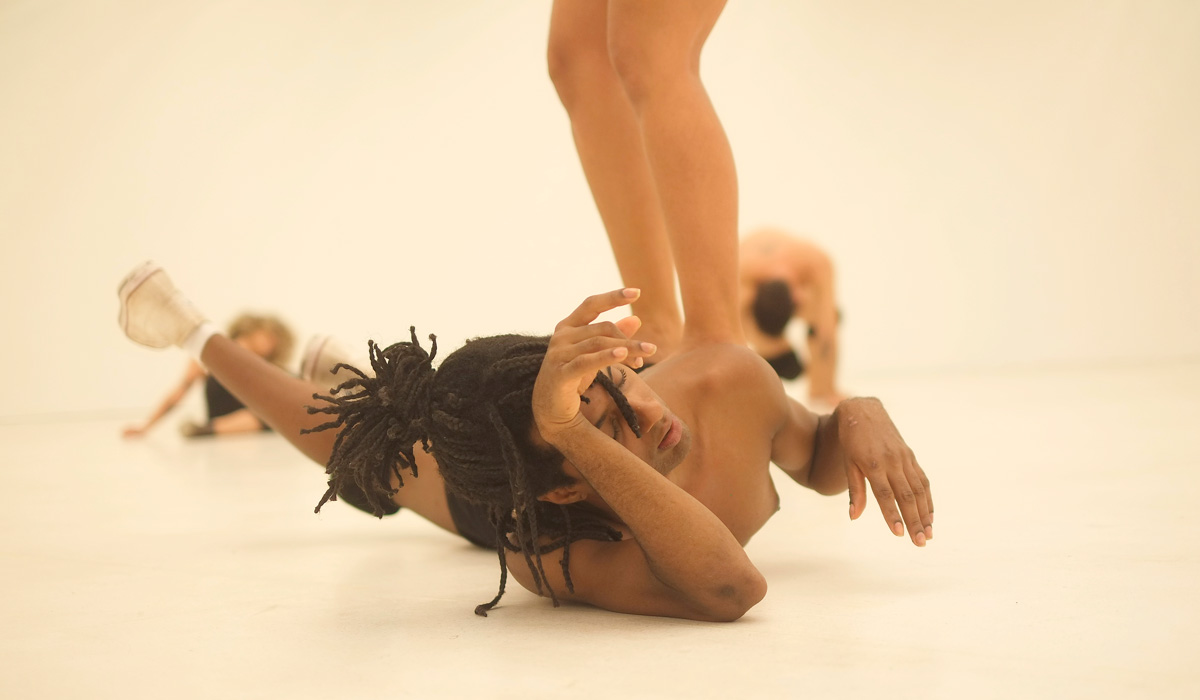 The capitalist pig picture gets revamped in the performance. Instead of considering the oppressor’s central figure, the work shows the system as a self-regulating organism, which imposes its logic on differing movements. Individuals are seen as political beings, people who wear the pig mask and help to keep the world as it is. Based on works like The Burnout Society, by Byung Chul Han, the show questions the logic of the super productive performance of capitalist society – pelnty of self-exploration and monitoring systems disguising the human cost to maintain the order. Onstage, the artists propose expressions and movements questioning what sort of body lives this hypnotic state of performance and try not to cease amidst excessive individualization. The work is made up of improvised scenes, and the interpreters modify their gestures according to stimuli from space. Everything happens as in an art gallery, where the audience freely moves around.

Kildery Iara is a member of CARNE (Coletivo de Arte Negra), as well as part of the curatorial body of Palco Preto, an independent art festival held in Recife and its metropolitan area. Graduated in dance at UFPE, she devotes to the artistic expressions integration, using the body as a trigger of issues. Over her career, she has been part of the casts of Grupo Experimental (PE) and Cia. Municipal de Dança de Caxias do Sul (RS), she was a teacher at the dance prep school in Caxias do Sul and has been working for eight years as a dance art-educator in Pernambuco.

The idea that even human rest follows an order according to economic rules, and that a certain human ostracism is evidenced in the capitalist system are some of the tensions brought by the choreographer from Pernambuco (…) As we go through the nature and the quality of life precariousness, this collective idea of an end of the world seems to secretly return in our fears.