THE GOSPEL ACCORDING TO JESUS, QUEEN OF HEAVEN 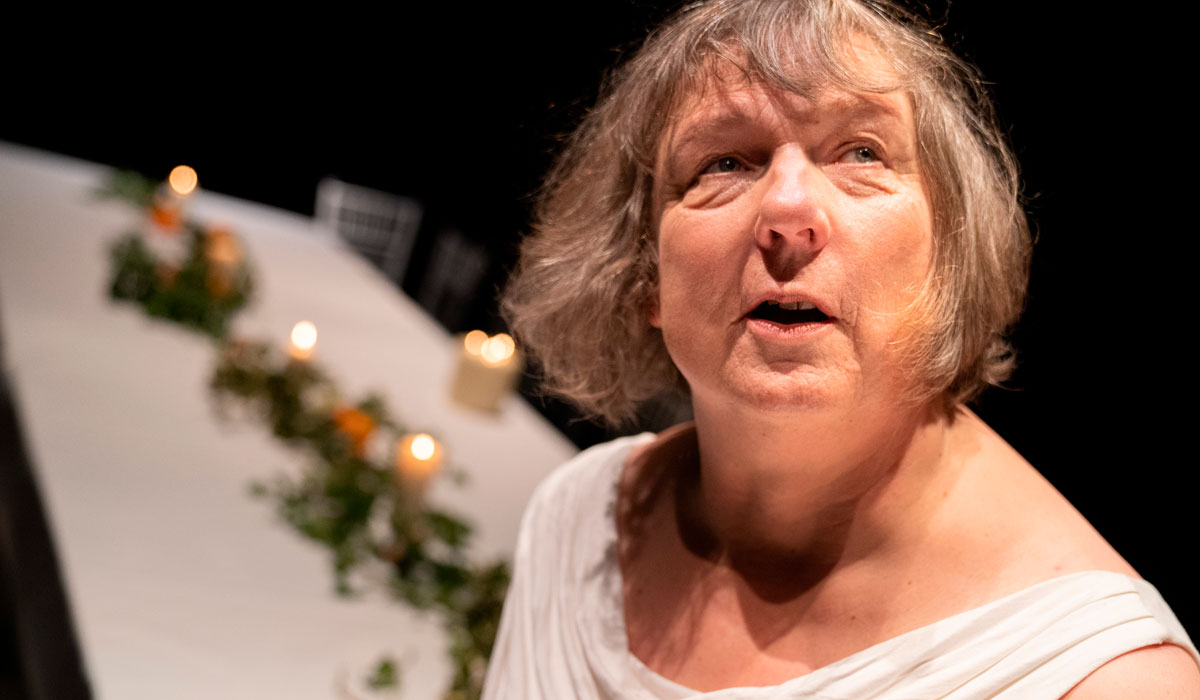 Tiket
The Gospel According to Jesus, Queen of Heaven – with Renata Carvalho

Ten years after her premiere in Scotland, actress and playwright Jo Clifford presents her monologue for the first time in São Paulo. In this revolutionary queer ritual, bread is shared, wine is drunk and Jesus (played by the artist) is revived as a transsexual. The play, which caused a stir among Christians on its premiere in a Glasgow’s church, was created by the British playwright as a way of dealing with her own faith and transsexualism. To do so, it is based on one of the rocks of Christian rhetoric: acceptance. Therefore, it is a thinking device for the relations between art and society, and on the power of trans playwrights in confronting structural mechanisms of exclusion. Clifford’s work inspired the namesake Brazilian show performed by Renata Carvalho, which will also be presented at MITsp.

Jo Clifford is a British playwright and performer, wrote plays such asLoosing Venice and The Taming of the Shrew. In 2015, she created Queen Jesus Productions to assist The Gospel According to Jesus, Queen of Heaven monologue’s tour. That year, the group performed at Edinburgh Festival Fringe supported by Made in Scotland, then it was performed at the Outburst Festival in Belfast; at Queer Contact, in Manchester; and supported by the British Council, at FIT – Belo Horizonte International Theatre Festival. The show was performed (in part or in full) in churches, bars, theatres and festivals across the UK, including a successful Christmas special edition in 2018, supported by Creative Scotland at the Traverse Theatre in Edinburgh. In 2019, the group was selected for the first time by the Made in Scotland Festival in Brussels.

It cannot be stressed strongly enough that this is no attack on belief in general or Christianity. Instead, it is a celebratory, almost devotional work that probably gets to the heart of the Gospels more than a regular Christmas show. Those of us who long ago stopped believing that any artistic endeavour has the capability of making anyone a better person can certainly be given pause for thought.

One of the most striking journeys in recent theatre history JOYCE MCMILLAN, The Scotsman