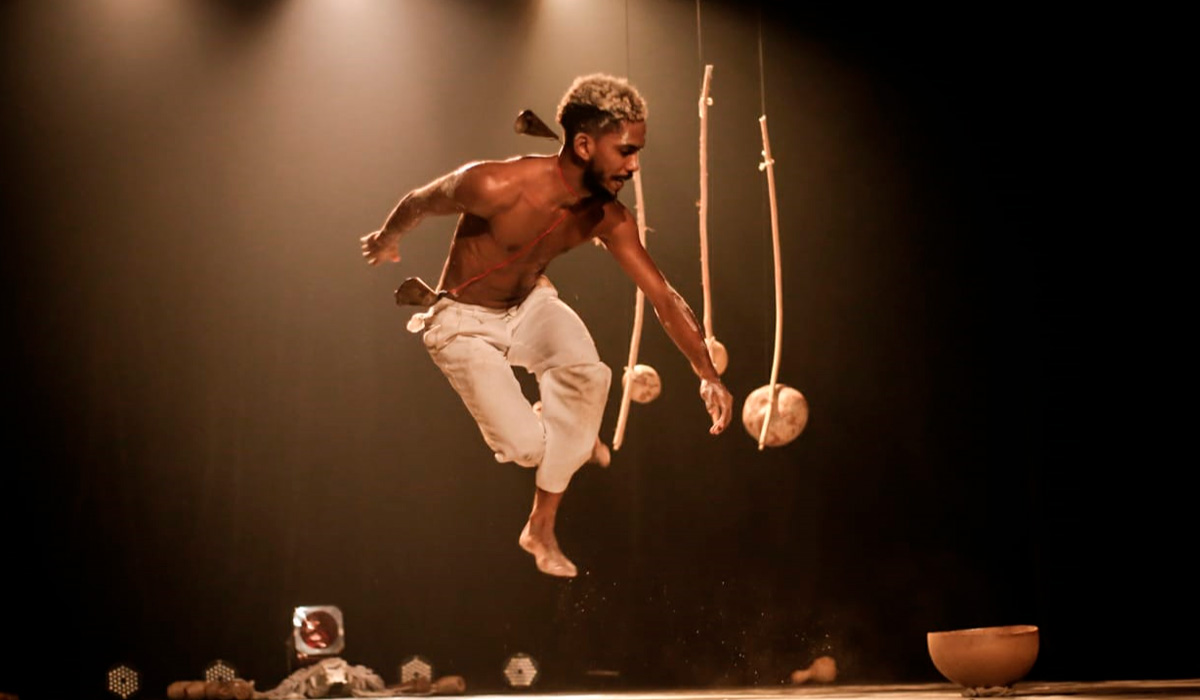 In the show, capoeira is thought as movement’s creative and motivating element and on how to begin reflecting on the memory of the dancing black body. Thus, the dancer Orun Santana is inspired by the experience with his father, master Meia-noite, co-founder of the Daruê Malungo Education and Culture Centre, on Recife’s outskirts, space where the performer grew up and where he develops works. Onstage, Santana draws a parallel between two universes. One, of his family relationship, between father and son, master and disciple. The other, social and cultural, of the movements and the political-poetic imagery of the black body in the scene. Therefore, the performer stitches images and memories of black dance, popular dances from the Northeast and the playful body, as well as aspects of his own ancestry.

Orun Santana is a dancer, capoeirista, teacher, researcher in dance and Recife’s afro culture. Educated by the Centro de Educação e Cultura Daruê Malungo, by the masters Meia-noite and Vilma Carijós, the artist is a popular culture player and takes from his perceptions with dances and toys his place of body research and artistic studies for the scene. Throughout his career, Santana worked at Grupo Grial, Compassos Cia. De Danças and Cláudio Lacerda Dança Amorfa. Currently, he is the artistic director of Cia. De Dança Daruê Malungo. His research, To Play the Dance – Body, Image and Black Ancestralism in the Scene, developed into the show Midnight, with which he was awarded the best dancer at Janeiro de Grandes Espetáculos (PE).

Orun dances with sweeping feminine gestures. He throws his head to the sides, his hair sprinkles the water kept in it, an unlimited source. Instead of the transparent scarves, male capoeirista pants, white, ironed, linen made. Then he wears an immaculate white shirt. Gestures of a priest initiated in the mysteries.